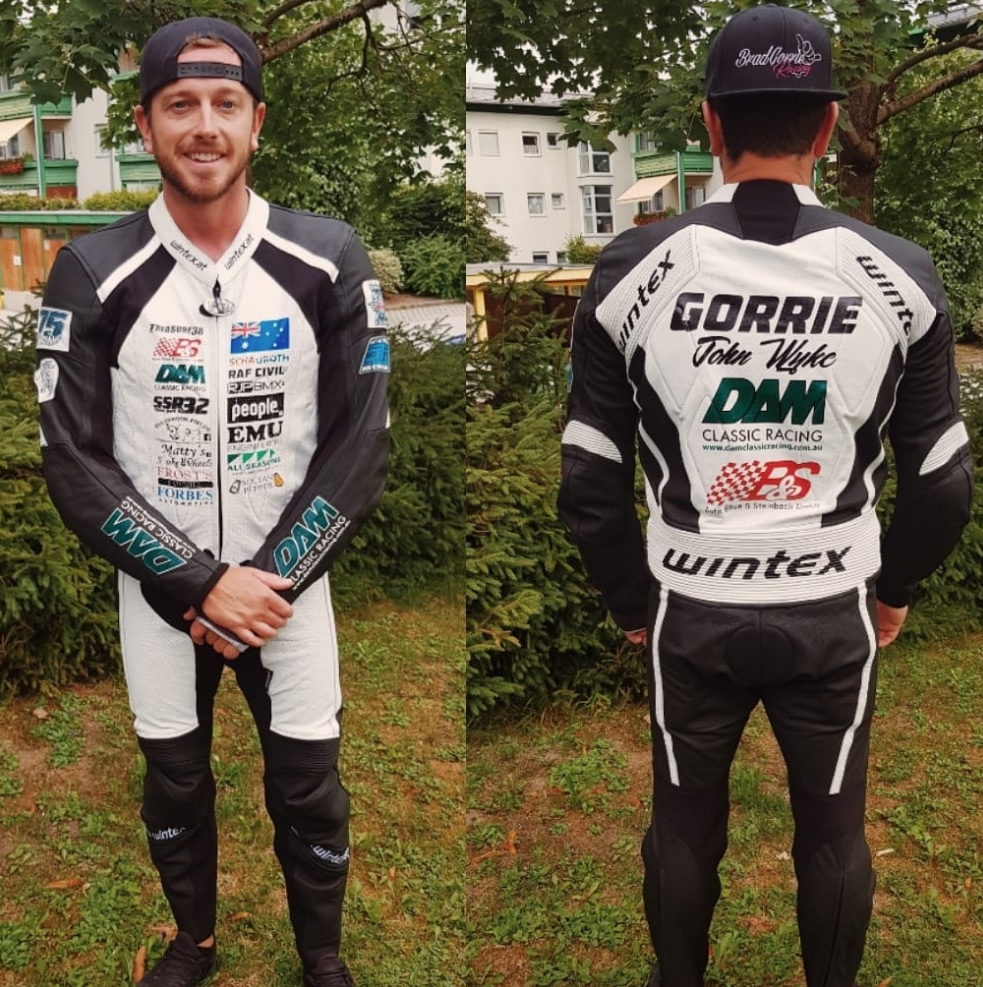 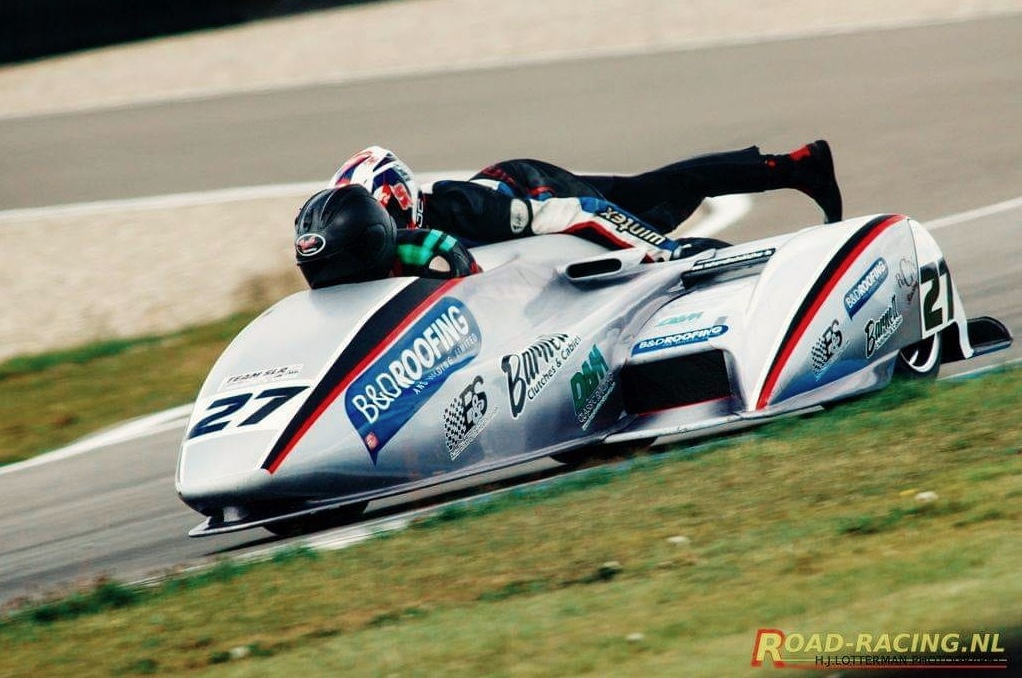 Angus Parish (D.A.M. Classic Racing) caught up with Brad and Scott Lawrie at the Internationale Deutsche Motorradmeisterschaft in Schleiz, Germany to see how a slick sidecar team put it all together on raceday. 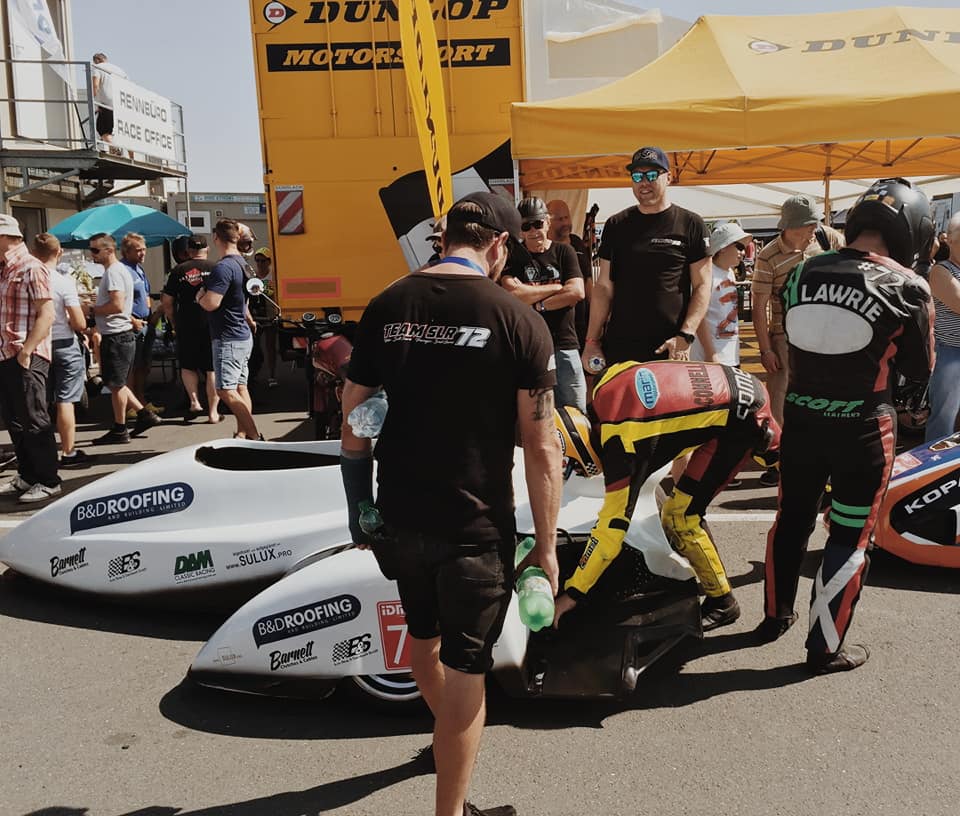 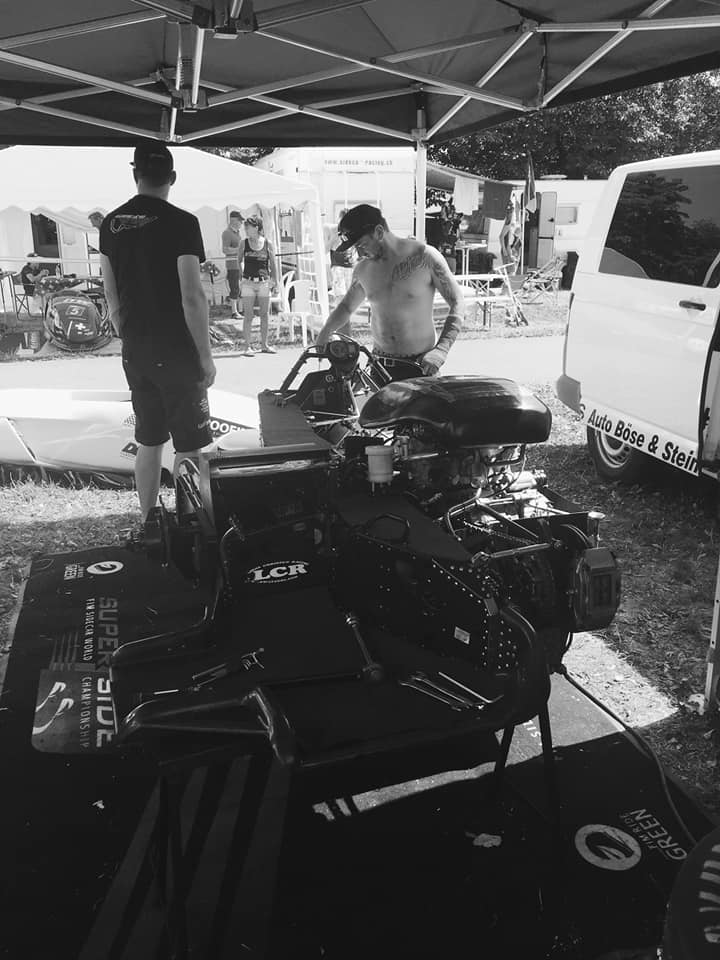 But before Angus got to Germany the sidecar duo of Brad Gorrie (AUS) and Scott Lawrie (GBR) had a major setback in Zolder, Belgium. Brad missed his handgrip on the switchback and fell from the chair breaking some small bones in his wrist requiring fixation with pins.

This left him unable to compete and he was relegated to autograph duties and tyre prep. 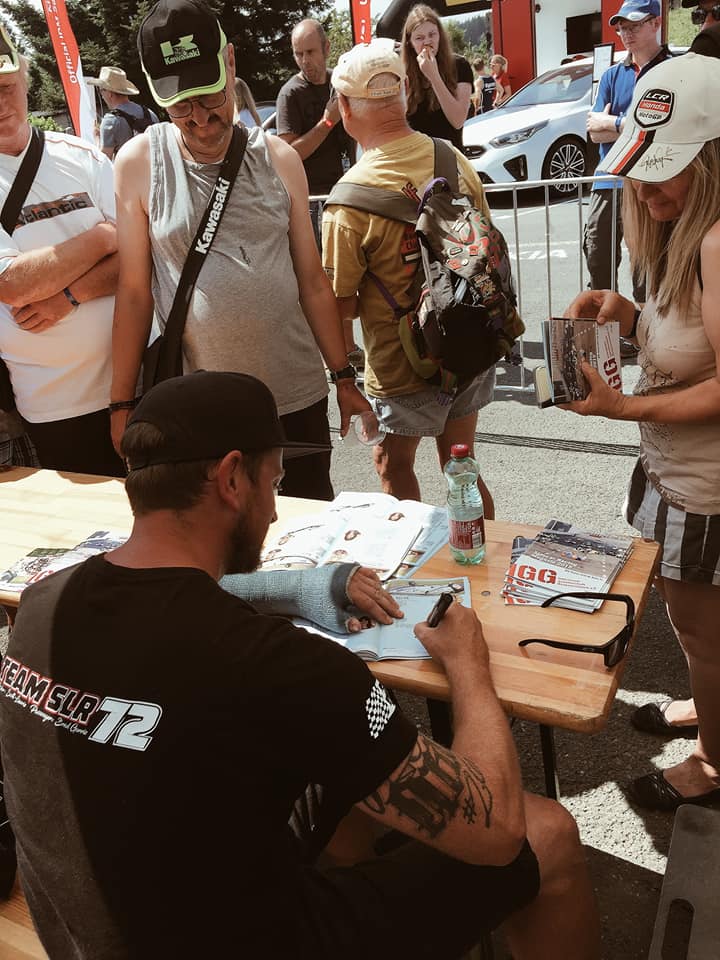 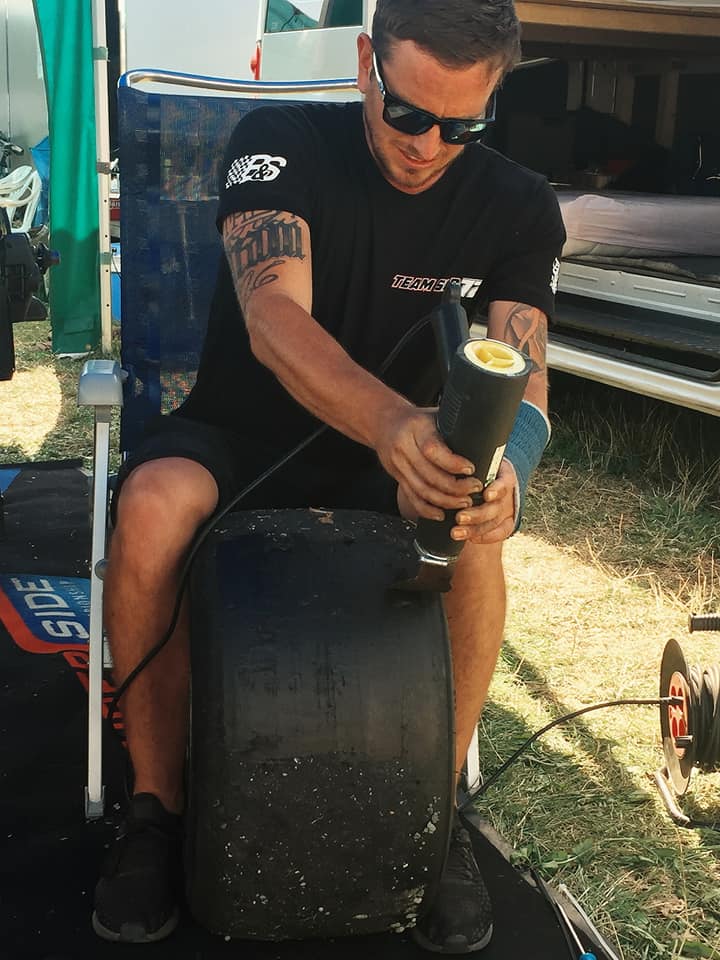 Both Angus and Brad have common experience working in graphic design and the signage industry and before all the decals were placed on the bike Angus jumped into the drivers seat to try it on for size. 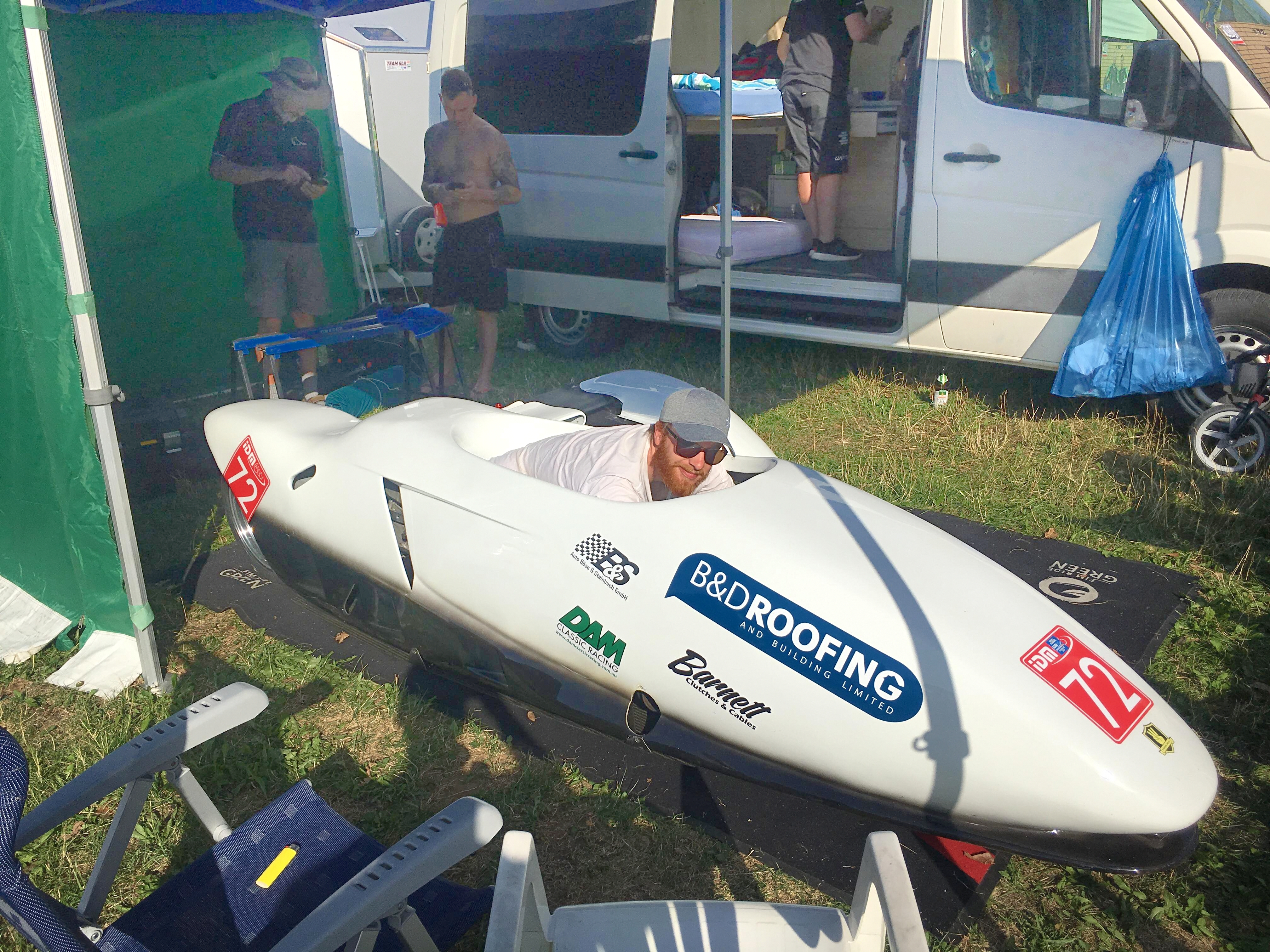 Being an avid fan of Laverda motorcycles he remembered a photo of the Australian Championship winning Laverda powered DPA Laverda Sidecar that his father Greg had sat in when it was unearthed by Crispin Trueman (OzLaverda) several years ago. 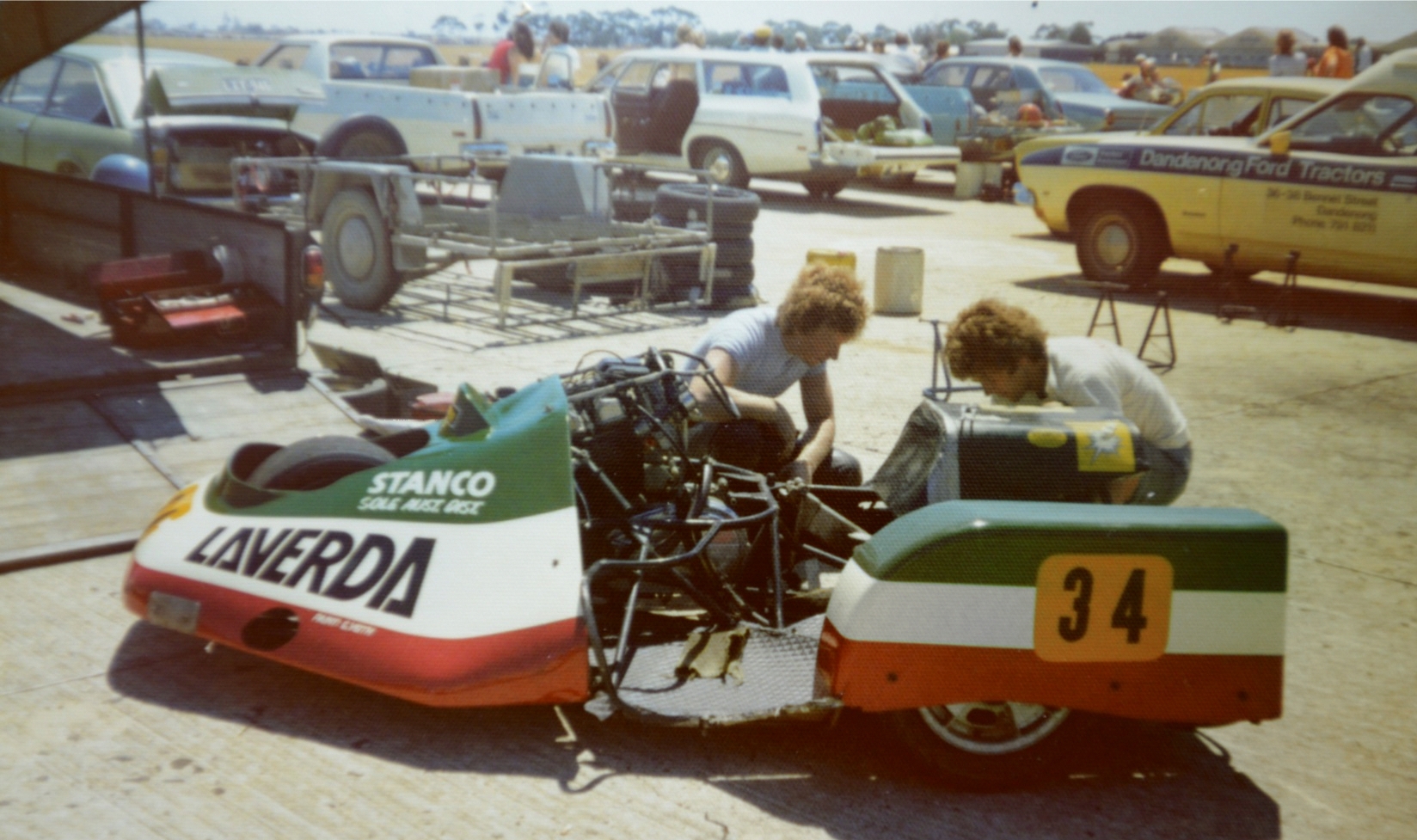 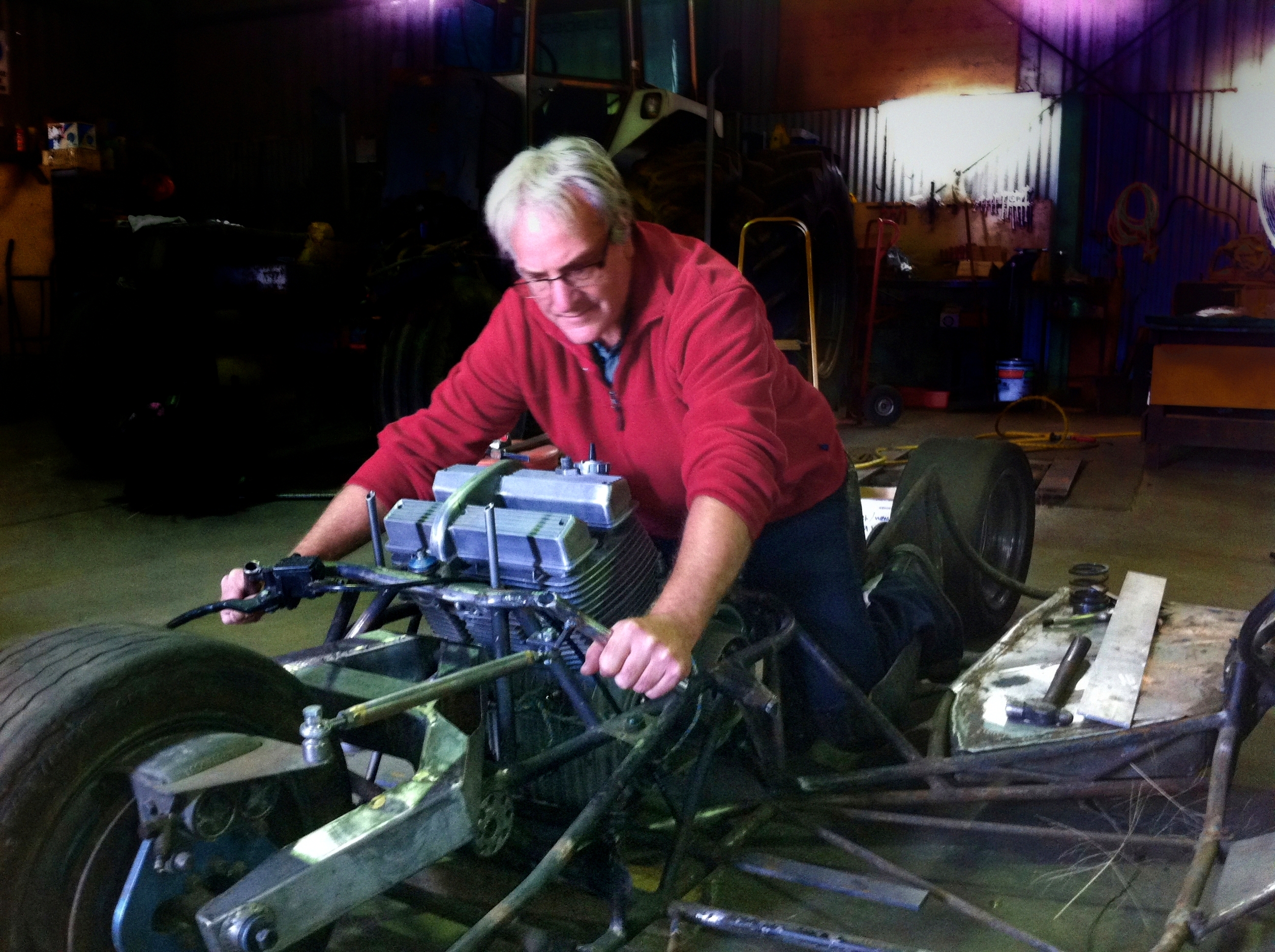 There is a plan to restore this machine whose engineering was well ahead of it's time and was groundbreaking in it's design. It was a game-changer for the sidecar world.

Link to the DPA Laverda Sidecar.