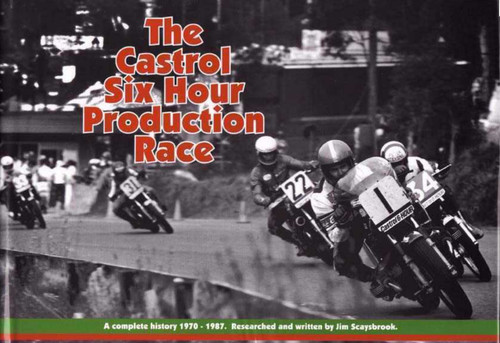 The Castrol Six Hour Race is Jim Scaysbrook’s eighth book on motorcycling. The 240-page full colour book contains a complete description of each year’s event, with full entry list and results, and is profusely illustrated.

There is also an introductory chapter charting the history of standard production motorcycle racing in Australia since the 1950s, which included two 24-hour events. A Hall of Fame section gives pen portraits of the Six Hour winners over the years.